Stork Custom Mouthpieces has been serving brass players the world over for 25 years.

We first opened our doors in mid-town Manhattan right on Broadway and 46th Street. Since then we have moved our operations to the beautiful hills of Vermont. Our focus was then and has continued to be mouthpieces…and only mouthpieces.

Our business is built on knowledge, experience and craftsmanship. We’ve built our reputation on this foundation. We have the skills to solve any mouthpiece issue and we treat every player like what they do is the most important thing in the world, not based on what position they may hold, but based on the understanding of what making music means to every one of us.

Here’s to the players! 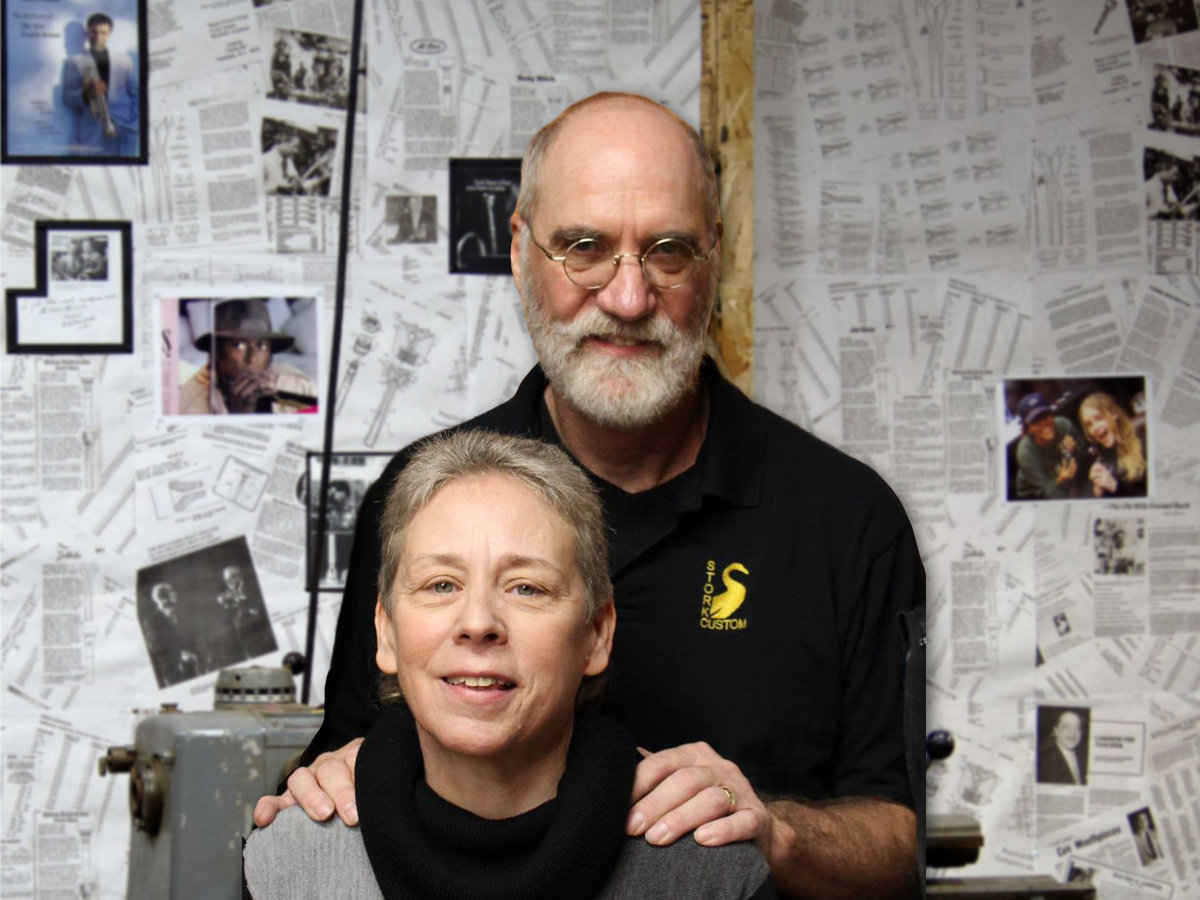 “Approximately 40 years ago, John Stork came to the Giardinelli Band Instrument Company in New York City looking for a job. I had no jobs available at the time but, during our conversation I found that he had just played trumpet with the Tommy Dorsey Orchestra, that he was just out of the Air Force and that he wanted very much to work in the music business in New York. While talking to him, I also got the feeling that he was a very sensitive, intelligent and honest young man, so I decided to hire him as my assistant . . . one of the best decisions I ever made.

I took John under my wings. I started teaching him all I knew. I let him watch me work for hours and hours and after that, I supervised his work for many months. He progressed beautifully and eventually took over completely the custom mouthpiece work I was doing.

There never was a week passing by without a national or foreign orchestra visiting New York. Giardinelli’s was the first stop for their brass sections and John got to know many of them very well. It was a marvelous experience for him. He became friendly with many of the world’s best musicians who are still his customers.

I am very proud of the beautiful work that John is doing. He has great talent, but he has also been very lucky. First to have me as a teacher, but most of all for marrying Phyllis, a beautiful, knowledgeable and talented professional musician who has helped him greatly in establishing Stork Custom Mouthpieces as the best ever, plus giving him two handsome boys who will, most likely, continue to carry on the Stork name and contribution to the music world.”   Robert Giardinelli

Where it all started...

Phyllis Stork was born in New York City. There she attended the High School of Performing Arts. Upon graduation, she studied with Gerard Schwarz who encouraged her to attend the Juilliard School where she studied with William Vacchiano who became her main musical mentor.

While in New York, Ms. Stork worked as a freelance classical musician. She was a member of Lincoln Center’s “Young Artists Program”, touring New York City schools with a brass quintet. Her performance credits also include the New York Trumpet Ensemble, under the direction of Gerard Schwarz, the “Vivaldi Concerto for Two Trumpets” with Wynton Marsalis, the Alexander Schneider Festival Orchestra (in appearances at Carnegie Hall and the Kennedy Center in performances with  Yo Yo Ma), and the Marlboro Festival Orchestra (from 1976 -1980) performing with the great Rudoplh Serkin. Ms. Stork has also performed with  such noted conductors as James Conlin, Roger Norrington, Joseph Silverstein, Blanch Moyse and Gerard Schwarz.

Phyllis brings an extensive knowledge of mouthpiece theory and performance to Stork Custom Mouthpieces. Her tutorial and diagnostic abilities have earned her worldwide recognition as “Doctor Mouthpiece”. Her booklet, “Understanding the Mouthpiece” (Brass Bulletin, Editions Bim) has been printed in six languages. Other pedagogical articles have appeared in numerous journals including that of the International Trumpet Guild and The Brass Player. Ms. Stork is also a frequent clinician at universities and conventions throughout the world.

When not talking mouthpieces, Phyllis is a  Master (seventh degree) black belt in the art of Shaolin Kempo Karate.