Where it All Started…by John Stork

It was the fall of 1980. I had just completed a 6 year hitch with the Air Force Band, followed by a cross country tour with the Tommy Dorsey Orchestra. I found myself in New York, alone and without work. I walked into the Giardinelli Band Instrument Company, located at 46th street just off Broadway. I was looking for a job that day. What I found was a career.

Giardinelli’s in the 1980’s was not just a band instrument company it was an International Brass Center. There was nothing like it anywhere else in the world. Mr. Giardinelli didn’t rely on high speed computerized machines. In fact, the machines he had were antiquated even for their time.  Instead, he relied on craftsmanship, skill and experience. He was a firm believer in the old saw, “It’s not the gun, it’s the gunner!” Bob Giardinelli had gathered a team of the finest craftsmen in the field of instrument repair and fabrication, to work with the finest musicians in the world…who just happened to be his everyday clientele.

Mr. Giardinelli was himself the quintessential artisan. There was not one job in that shop that he couldn’t do. He had learned the art of instrument manufacturing from his father in Sicily, who had been taught by his father and so on for many generations. The instinct didn’t just run in his family, it galloped! From repairing a horn to repairing a lathe, from scratch building a clarinet, to making the tools to do it with, his skills set the standard.

I began working in this fertile environment learning the basic skills of mouthpiece manufacturing by hand, one skill at a time. After two years of back boring, polishing, hand stamping and buffing the unexpected happened; the man doing the custom work was suddenly let go. Within minutes Mr. Giardinelli called me into his office and told me, “You are now my custom mouthpiece maker. Come with me, young fellow!” He left his office and traded his sport coat for a shop apron and I became his apprentice.

For the next year, I watched over his shoulder. Then he slowly began to watch over mine as he carefully eased me into the position of custom mouthpiece maker. He introduced me to his elite client base and showed his confidence in me by giving them his personal endorsement of my skills.

Being the “custom man” at Giardinelli’s Pro Shop insured daily challenges. The job description required not just knocking out accurate duplications of trumpet mouthpieces, but to be equally familiar with all mouthpieces for all instruments, as well as the various demands in equipment that different styles of music making engender. From lead trumpet to historic baroque duplications, from tuba to cornetto, from alto horn up to and including mouthpieces for garden hose and funnel (as I once made for Professor Peter Schickele of PDQ Bach fame), everything was demanded by the world’s greatest players.

You never knew who would walk through the door on a given day. One morning could bring the Leningrad Symphony while the afternoon would be taken over by the Count Basie Band. Most every major symphony player, world wide, would stop by the shop on tour as did top jazz players like Dizzy Gillespie, John Faddis, Marvin Stamm, Herbie Green, Randy Brecker, J. J. Johnson, Steve Turre, Wynton Marsalis and so many more. We were even privy to a private concert by Maurice Andre on one afternoon, just for the guys in the shop!

It was a great honor and privilege to be a part of this great moment in time. What an extraordinary place to learn your craft. All of us who worked there took a great deal away from the experience. When it was my time to move on, I took something that no one else who worked there ever did…a diploma from the master. 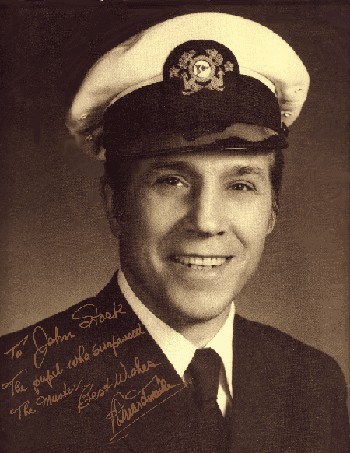